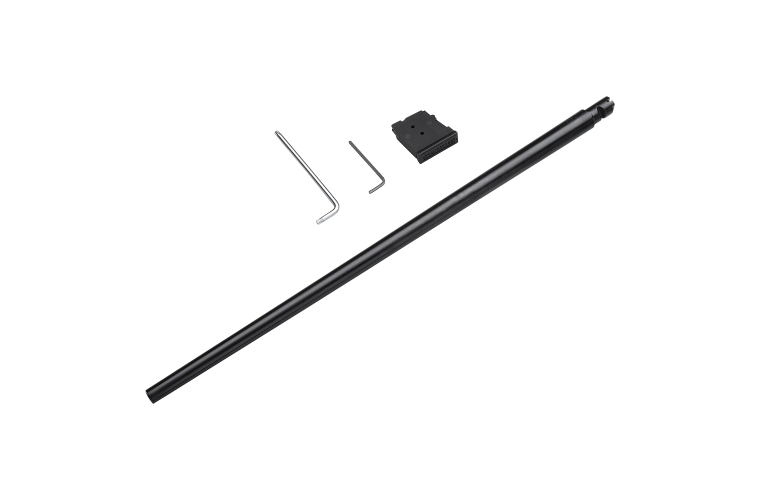 The mini-set contains a barrel with sights, a 5-round magazine for the relevant calibre and spanners required for barrel replacement. This model can be used for any configuration of CZ 455. However, if used with models originally intended for the Varmint type heavy barrel, a greater gap between the barrel and stock compared to the original barrel must be accounted for (those are models VARMINT, THUMBHOLE and EVOLUTION).

Modular design of CZ 455 rimfire rifle enables simple replacement of barrel by users themselves. This modularity allows changing of both the calibre as well as configuration of the CZ 455 to let certain interesting versions prove their qualities in practice. The model CZ 455 FS, for example, may be fitted with the MINISET CZ 455 AMERICAN to create an interesting version without sights. Or the EVOLUTION model, originally made with the Varmint type heavy barrel, may be fitted with the MINISET CZ 455 LUX featuring a light barrel and sights. The number of various combinations in configuration and calibre is really vast. The only restriction here is the stock design. Arms primarily designed for Lux or American configurations have been fitted with such stocks that cannot accommodate the MINISET CZ 455 VARMINT. It is recommended to follow instructions in the manual attached during installation.